The City of Vancouver has just approved a new 43-story residential tower to be designed by world-renowned architects SOM at 1640/1650 Alberni. One of the city’s most highly anticipated luxury towers, this will become one of downtown Vancouver’s tallest towers and a new architectural landmark for the city. The development is a joint venture between Landa Global Properties and Asia Standard Americas. 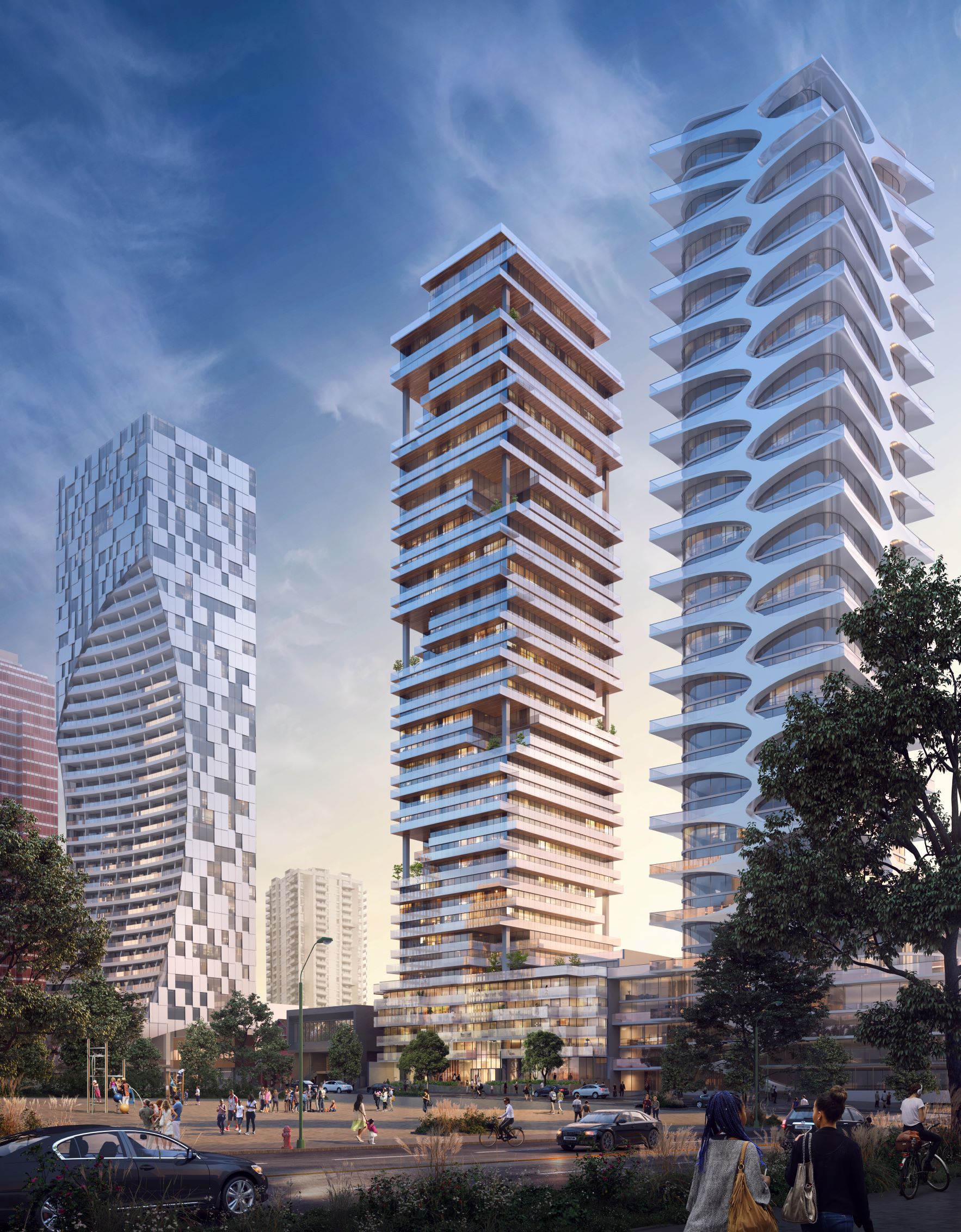 “We are thrilled to be partnering with such an esteemed architecture firm on what we believe will be an iconic addition to the Vancouver skyline,” says Kevin Cheung, CEO, Landa Global Properties. “We are happy to be moving forward on this exciting project and happy to be part of the resurgence of noteworthy architectural projects in the downtown core, an area of the city that we really believe in. The downtown Vancouver market has been quiet since COVID so it’s great to see projects moving forward.”

This will be the first Vancouver tower for SOM, the global architecture firm behind some of the most innovative and engaging buildings in the world. They designed the world’s tallest building — the Burj Khalifa — in Dubai, as well as the Freedom Tower at the World Trade Center site in New York, the tallest building in North America.

“The proposed tower at 1640-1650 Alberni deploys a simple, clear architectural expression to make a timeless landmark on the Vancouver skyline,” says Michael Temple, Associate Director, SOM. “The tower is conceived as a series of stacked trays, offset to create balconies on each floor, providing direct contact with the outdoors for every home. The strategic spacing of continuous balconies optimizes winter solar heating while limiting summer heat gain. The combined result of this building form, along with a compact, high-performing glass envelope and state-of-the-art building systems, is an ultra high-performance building. As well, the three-storey corner sky gardens create a uniquely-sculpted tower silhouette. These large subtractions lighten the overall sense of mass and help to give the tower its distinctive presence on the Vancouver skyline.”

The SOM building is one of four towers being planned on Alberni by Landa Global Properties and will be a significant addition to the emerging skyline of the Georgia Street corridor. According to the application, the 1640/1650 Alberni tower is the result of a search for form inspired by Vancouver’s geography and values. Consequently, the architecture will contribute to the streetscape, establish a simple, slender tower silhouette, provide generous outdoor spaces for every suite, while establishing a uniquely recognizable presence on the Vancouver skyline and preserving views for everyone.

The new tower will include 66 secure market rentals to replace the 66 rental housing units currently on site. In addition, there will be 198 market strata units, with a floor area of 24,060 square feet, FSR of 14.97 and a building height of 385 feet. The proposal includes 268 parking spaces and 535 bicycle parking spaces. 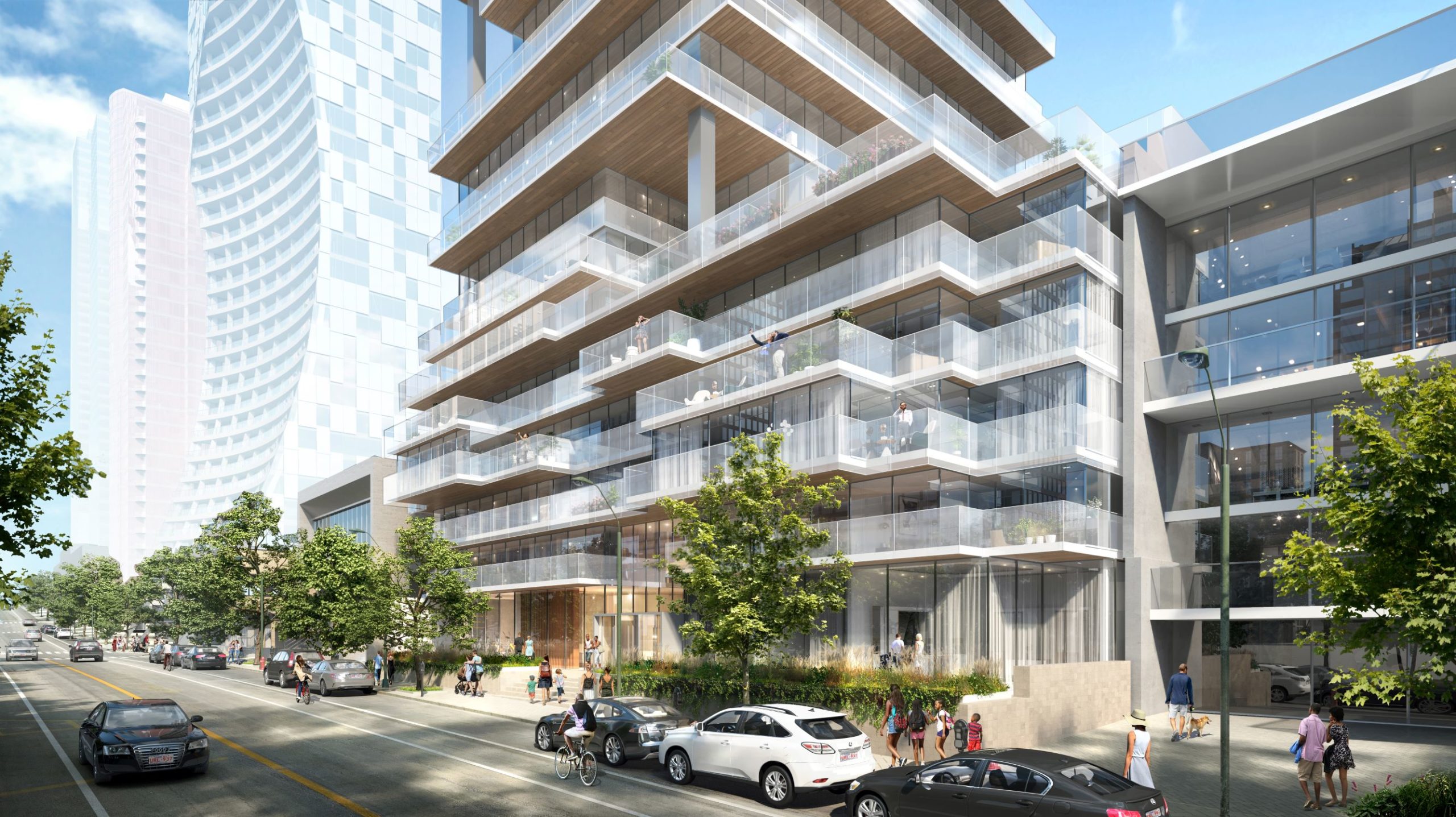 Landa Global is a Vancouver-based real estate development company, with a growing roster of  multi-family residential projects. Landa is dedicated to building significant, sophisticated and architecturally distinctive buildings that complement and contribute to their communities. Today, the company has more than ten architecturally distinctive projects in the Metro Vancouver area, with more to come. Completed and sold out projects include Boldon Fraser, Chateau Laurier, Main & Twentieth and Cascade City, a two tower development in Richmond designed by Arno Matis. Projects in progress include West Point Grey’s first multi-family boutique condo development in a decade – Raphael, a two tower Passive House development on Alberni and several other luxury towers in downtown Vancouver.

Founded in Vancouver, British Columbia, Asia Standard Americas (ASA) is the North American subsidiary of Asia Standard International Group (ASI), a publicly-traded real-estate development company founded in Hong Kong in 1984. ASA has deep roots in Vancouver, having owned and operated the Empire Landmark Hotel for twenty years. The company shares a strong affinity for Vancouver’s high standard of life, urban planning and commitment to sustainability. Asia Standard Americas is currently developing one of the most luxurious projects – Landmark on Robson in downtown Vancouver and another site on Alberni in downtown Vancouver. The company is dedicated to the design and execution of high quality world-class homes and mixed use projects which contribute to the neighborhood and the beautiful skyline of Vancouver.