Anyone who’s taken a drive along Vancouver’s West 10th Avenue in Point Grey will have noticed the shopping area has hollowed out, with empty storefronts now a common sight.

The formerly vibrant shopping village west of Alma Street has seen the disappearance of several favourite haunts, including a Safeway store that has been demolished.

“There’s no sense of community in my neighbourhood, and for me, I’m all about community,” says Darcy Hibberd, owner of North South Travel at the corner of Alma and W. 10th. Ms. Hibberd purchased the building in 2001 and says she’s watched foot traffic slowly disappear and businesses struggle. She’s heard that rent increases have contributed to the disappearance of retailers.

“When I first moved in, there was a lot more activity and now it’s really quiet. It’s in desperate need of people.”

She calls the situation on West 10th “really distressing and scary.” 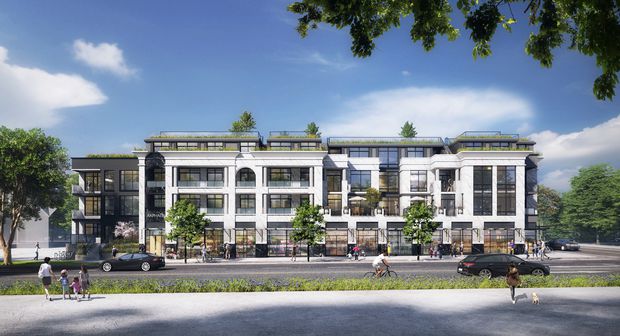 Prices for a two-bedroom at Raphael will start at $1.3-million, according to developer Landa Global Properties.

But business should pick up in a couple of years now that several developers have their sights on her section of Alma. Part of the appeal is the future likelihood that it would become a transit hub if the Broadway subway line continues further west along the line, to the University of B.C. The City has been studying land use for the corridor and so far the subway plan only goes to Arbutus – but developers are looking to the long game.

Ms. Hibberd appreciates that an extension would add value to her property, but she also doesn’t plan to sell any time soon. She welcomes the new density to the area, including the four-storey marble-clad luxury condo building the Raphael, to be built across the street, and scheduled to complete in 2023. Prices for a two-bedroom will start at $1.3 million according to the developer, Landa Global Properties.

As well, city council just approved the controversial 14-storey rental building by Westbank Corp. a block over at 3701-3743 West Broadway near Alma Street, where a strip mall is currently located. That 164-unit building, which is part of a City rental pilot program, will complete by 2023. Wesgroup Properties has not yet announced what its plans are for the lot it owns at the southeast corner of Broadway and Alma, now a community garden. 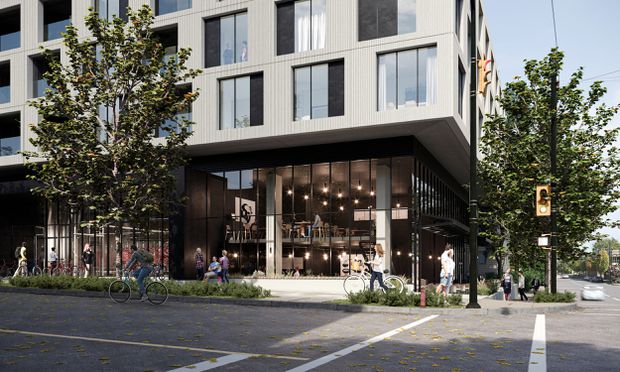 Westbank founder Ian Gillespie, who lives on the west side, said the density is not distributed equally throughout the city. Westbank is working on 50 projects, including around 10,000 apartments underway in Vancouver.

As for why the west side is hollowing out, it’s a matter of affordable housing options.

“It’s remarkable. You have a house built for a family of five or six and now mom lives there. That’s part of the hollowing out,” says Mr. Gillespie.

“It’s not a healthy thing, where you have all the density being added to one part of town and none being added to another part. You have all this infrastructure, you’ve got empty schools and empty roads and retailers not thriving. You know, drive up 10th Avenue towards U.B.C and look at how the retailers are doing pre-COVID.

“I think the problem is people kind of knee jerk jump and say, ‘well all density is bad density’ or ‘all density is good density.’ And the reality is it’s a big shade of grey… Really, the conversation shouldn’t be around whether we need to add density to areas that are going through a declining population. It’s how do we do it in a way that is thoughtful.” 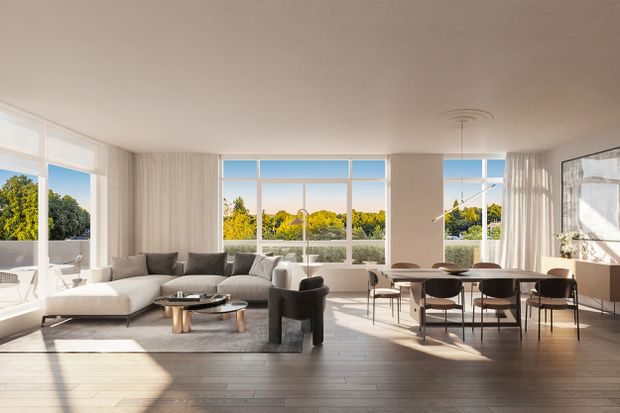 Marketing for the Raphael condo units begins this month, and there will be retail.

Mr. Gillespie says he bought the property at Broadway and Alma for the long term, and he acknowledges that the height of the design was a concern for the neighbours. He says it’s his job to paint a picture of community that’s evolving away from single-family houses.

“The reason we bought the property is it’s a really critical piece of property that people wouldn’t think of that way. It’s the end of Broadway… that’s the end of one of [Vancouver’s] four or five ceremonial streets, and so we thought it was important that there be a point to that end.

“And then when you think about it from a transit perspective, whether the U.B.C. line happens in 2029 or it happens in 2049, it’s happening.

“So plan on it, you know. Let’s not plan for five years from now. I think it’s hard for some people that are living there today, and they go, ‘well, ok, good for you, but I am not going to be living in 2049.’ Well, stop thinking about yourself. That isn’t about you.”

However, there was opposition to the project, and a petition argued that it would undermine affordability and displace residents by increasing land values. It could also set a precedent for nearby Jericho Lands and conflicts with the City’s community plan written in 2010. 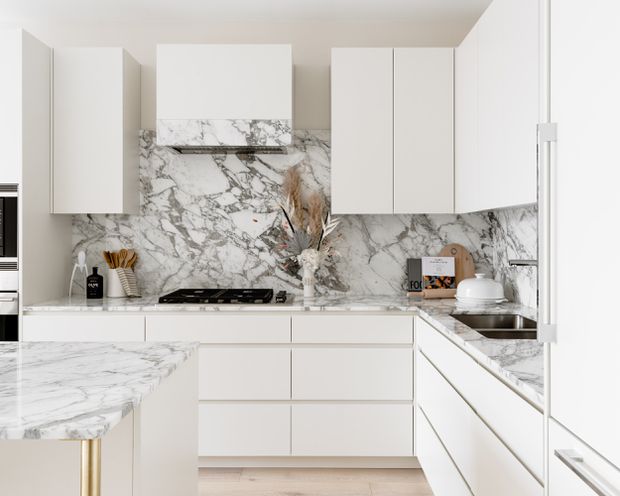 University of B.C. professor Patrick Condon lives in a rental apartment in the neighbourhood and he’s opposed to the Westbank project, which was approved 8 – 3 by council last October. The rental building was approved under the City’s Moderate Income Rental Housing Pilot Program (MIRHPP) which allows extra height in exchange for a purpose built rental building with 20 per cent of units at a level of affordability for those with annual incomes between $30,000 and $80,000.

“I feel that spot zoning sites for way over twice the currently zoned limits is generally a bad idea, and if you are going to throw the book away, that 20 per cent marginally affordable units for that planning violation and the giveaway in millions of tax breaks is way too small a public benefit for all that damage,” said Mr. Condon in an e-mail.

He argues in favour of zoning large sections of Broadway corridor for co-op housing, which has existed for decades at False Creek South. He says that type of zoning would have the effect of controlling price inflation as the subway comes closer to reality. 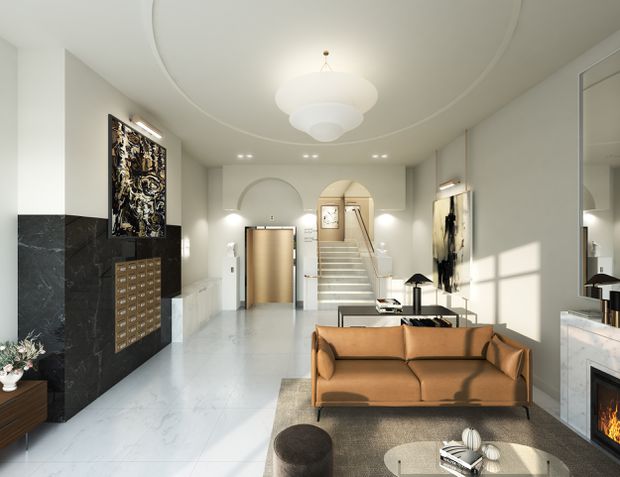 Kevin Cheung, chief executive officer for Landa, said that they were “instantly attracted” to the former gas station site at W. 10th and Alma when it came on the market. Marketing for the Raphael condo units begins this month, and there will be retail. At four storeys, they didn’t need to rezone, and Mr. Cheung said the building height transitions well with the surrounding houses.

“If you look at the West Point Grey area, there hasn’t been a multi-unit project offering for almost 10 years,” says Mr. Cheung.

“I think our project will be one of the first steps in the transformation of the street. And also with the plan for the Broadway line coming, it will bring a lot more change to the area.” 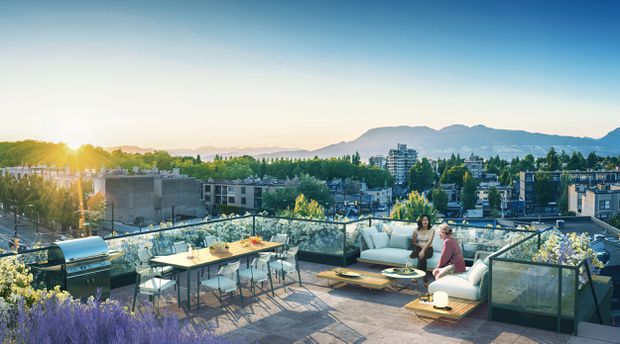 It’s not an easy fix, turning around a hollowed out neighbourhood. Business owners like Ms. Hibberd simply want to see more people and fewer boarded up shops.

“We need more density – but not too much. It’s a fine line. My daughter lives in Yaletown, and that’s way too much. But it’s about finding a happy medium, and feeling like you’re part of something.”