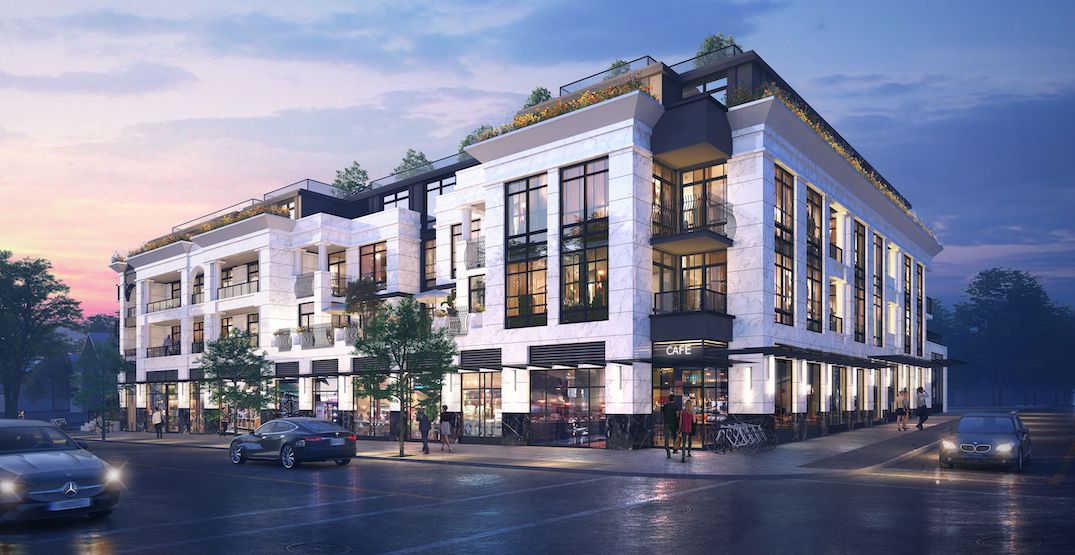 The recent upswing in Metro Vancouver’s condominium market has prompted the sales launch of a four-storey condominium building at the westernmost edge of the Point Grey neighbourhood.

This is a transit-oriented location served by the 99 B-Line and other bus routes, and in the future a subway station on the UBC SkyTrain extension is expected to be built in the immediate area. 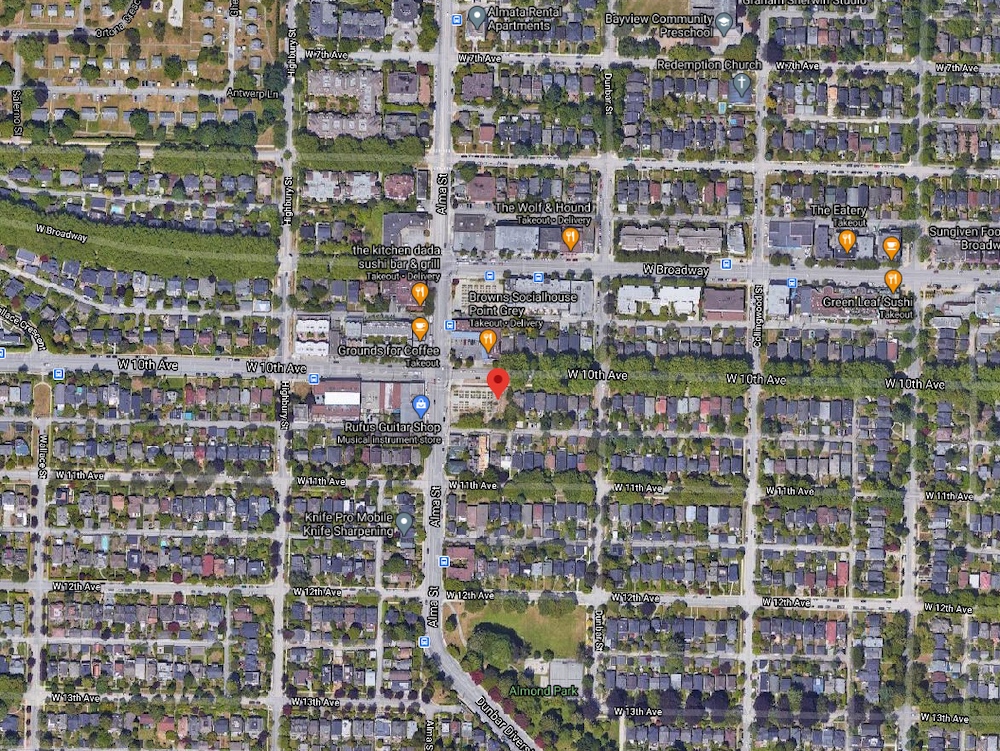 The interiors of Raphael, the name of the building, are designed by Ste. Marie Art & Design, and the overall architectural concept is by Foad Raffi of Rafii Architects. The interior design is said to combine “classical elegance” with contemporary West Coast design.

“We wanted to ensure the architecture was respectful of the neighbourhood, while also providing high-quality, thoughtful design,” said Rafii.

“All four-storey buildings in Vancouver are boxes, so we tried to carve into the box so it’s outside of the box, while maintaining the look of the high-end homes in the area. It’s the perfect balance of traditional with a modern twist. It will be a beautiful building.” 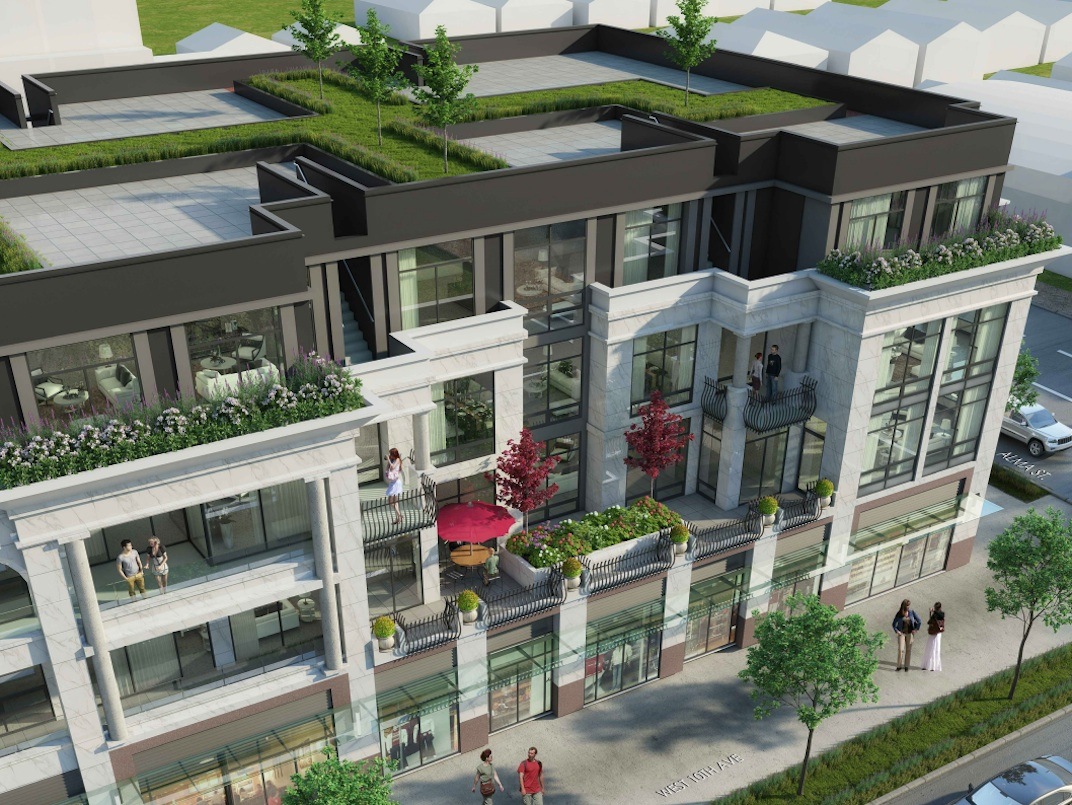 Home sizes range from one-bedroom to four-bedroom units, between 841 sq ft and 1,728 sq ft, with two-bedroom homes starting at $1.369 million. The developer is targeting aging baby boomers in the area who want to downsize and age in place in the neighbourhood.

Additionally, approximately 8,700 sq ft of retail and restaurant space on the ground level will activate the building’s frontage and add to the commercial district cluster.

Construction is currently targeted to commence in Spring 2022 for a completion in Spring 2024. About three years ago, the site was turned into a temporary community garden. 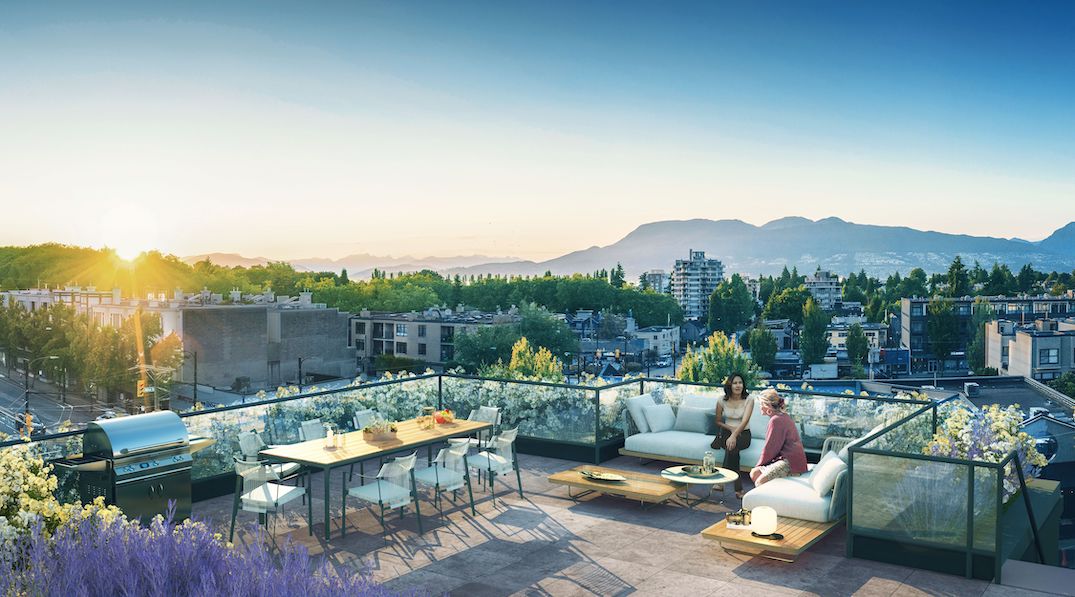 Raphael is one of at least three mixed-use redevelopments planned for the immediate area around the prominent intersection of West Broadway and Alma Street.

At the northwest corner at 3701 West Broadway, Westbank has received approval from city council for its proposal to build a 14-storey tower with 164 rental homes and 10,400 sq ft of ground-level commercial space.

Just kitty corner from the Westbank site, the former Chevron gas station acquired by Wesgroup is expected to become a mix of housing and retail, but a formal application has yet to be submitted. This gas station is also currently seeing temporary community garden uses.