Landa Global Properties has acquired a new .72 acre site in Surrey and will be working with the City to move forward with a proposal for a 26-storey tower with 400 market homes at 135A Street &amp; 106 Avenue. Landa purchased the site and existing market tower plans from Dava Development and as such, has submitted an amendment to the original Development Permit with the City. 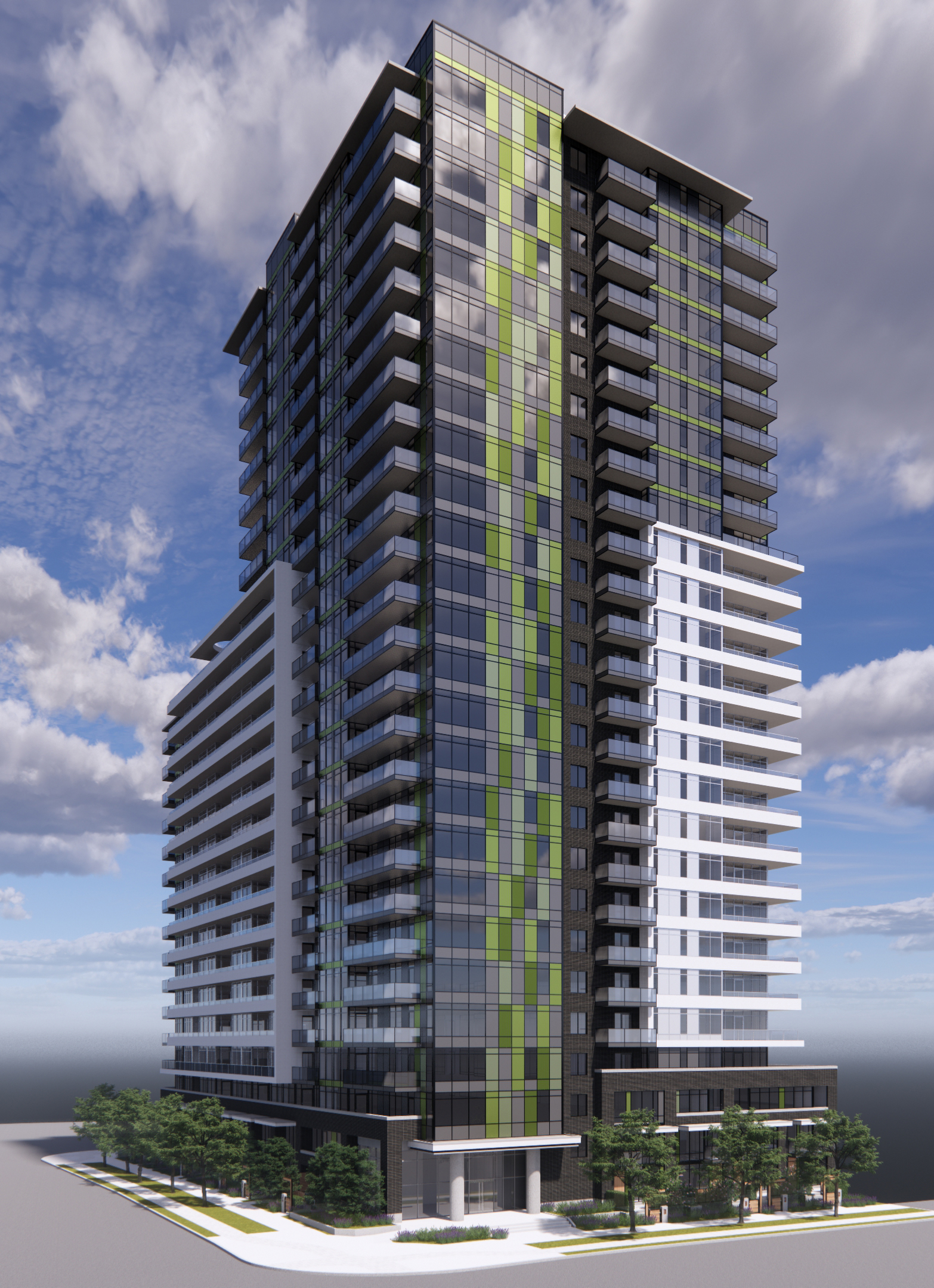 This will be Landa’s first development in Surrey, after a decade building residential homes in Vancouver and most recently, a two-tower development in Richmond. The new landmark tower will further transform the rapidly evolving downtown core of Surrey. “We believe in the growth of Surrey, and we are looking at additional sites there to build on a bigger scale in the coming years,” says Kevin Cheung, Landa CEO. “This new development provides walkability and a wide range of housing options for Surrey residents in a great location that is in close proximity to many amenities, recreation facilities, transit, City Hall and the new UBC campus.”

The 300,000 square foot tower will be adjacent to the Legion Veterans Village redevelopment which includes Canada’s first ever facility to provide post-traumatic stress disorder and mental health services to veterans of the Canadian Forces and first responders.

Designed by WA Architects, the tower takes inspiration in its architectural form from the Canadian National Vimy Memorial in France and references the adjacent rental tower and treatment facility which was originally part of the same development.

Within walking distance of two rapid transit lines (Gateway and Surrey Central Stations), along with other major redevelopments including the King George HUB by PCI Developments and the recently announced new UBC campus and housing development, the area is set to become a vibrant hub of pedestrian activity supported by transit, walkable retail and services, offices, a growing population of nearby residents and public gathering spaces for the local community.

Construction is expected to begin in 2023, with sales launching in later 2022.